Colonel Meade Dennis, who lived near Baltinglass, Co. Wicklow, became interested in radio transmission following attendance at a lecture in August 1898 in Dublin entitled "Signalling through space without wires".  Following this, Colonel Dennis made a spark transmitter and receiver, sending and receiving messages over a distance of 70 yards, making him probably the first amateur radio experimenter in the world.

His first call sign was DNX.  Following Irish independence he was issued with the call sign GW11B, becoming EI2B in 1929 when the Irish Free State began issuing EI call signs.

Colonel Dennis was one of the founder members in 1913 of the Dublin Wireless Club which, following amalgamations, became the Irish Radio Transmitters Society in 1932, with Colonel Dennis as its first president.  He died in 1945. 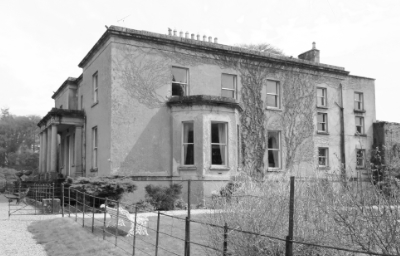 Extracts from the papers of Colonel Dennis

The decendants of Colonel Dennis have made available for publication a scrapbook as well as correspondence and other papers relating to the Colonel's radio experiments.  We are very grateful to the family for this generous initiative.

This archive should be of interest to radio amateurs and experimenters and may also be useful to anyone researching the history of radio transmission.

For ease of access, we have divided the papers into a number of separate sections.  PDFs of this material are available, see the link to the PDF page below.

Where did the “First Ham” transmission take place?

Some publications suggest that Colonel Dennis’s 1898 transmission took place at Woolwich Arsenal in East London.  However the scanned material on this web site indicates that Fortgranite, Co. Wicklow was the location of the first transmission.

In the Marconi Demonstration section, we see that Colonel Dennis wrote “It was after attending this lecture [in Kildare Street, Dublin] that I made my spark transmitter and receiver probably the first amateur set ever made”.  The Dennis family has confirmed that the Colonel was living at Fortgranite in 1898, and only moved to Woolwich in 1901.

In 1931 Colonel Dennis sent a photograph of his “First Ham” set to RSGB, which was published along with the comment that “ … the original apparatus is still in existence at EI2B”  (T&R Bulletin, September 1931).  Also noteworthy is the fact that, among his papers in Fortgranite, there is a newspaper cutting from 1944, which the Colonel had clipped to a letter written to him by Tom Green EI9N in 1943: the cutting referred to a talk given by Tom in which he stated that the 1898 spark transmitter made by Colonel Dennis was constructed in Ireland.

It is fairly clear, therefore that the first transmission by Colonel Dennis (widely regarded as the first ever amateur radio transmission) took place in Co. Wicklow, Ireland.