Since 2014, awarded for significant experimental work / innovation in any field of amateur radio 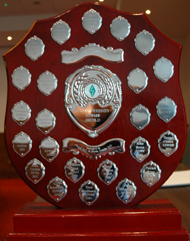